Issues with My Settings

Members with new member profiles currently get stuck in an "Update My Settings"-loop. We are working on releasing you from the loop. Please come back later, this should be fixed in a matter of hours. Sorry for the inconvenience.

A new hotel in the family – on Svalbard! The old Spitsbergen Hotel will soon be ready for its new opening as Funken Lodge, at the same time becoming one of Nordic Choice’s independent hotels. 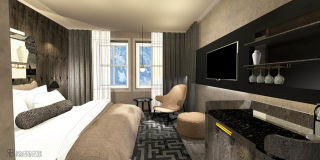 – Finally, we can present Svalbard to our guests,” says Petter A. Stordalen, and continues to talk about his latest acquisition:

– I’m incredibly pleased that Funken Lodge has become a part of our family. The hotel symbolizes everything we want to offer in Svalbard – respect for tradition together with a modern perspective. With its unique history and state of the art comfort, it’s as if the hotel was made to be part of Nordic Choice Hotels.” 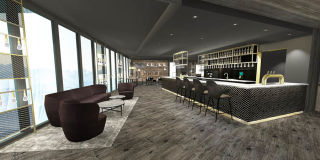 A hotel with history

The building was completed in 1947, and at the time was used as a work accommodation for employees (”funksjonærer” in Norwegian) at the Store Norske Spitsbergen Kulkompani, a mining company that extracted coal in Svalbard. It was also the company’s official representation building, and was the city of Longyearbyen’s most magnificent building for a while. The nickname ”Funken” was quickly established among the workers who lived there in the 1950s. Now we have turned back the clock and renamed the hotel Funken again.

The Hurtigruten Svalbard cruise company bought the hotel in 1991 and since then the building has been renovated inside and out, but not as extensively as now. Funken Lodge will still be operated by Hurtigruten Svalbard, at the same time becoming the twenty-fourth independent hotel within the Nordic Hotels & Resorts chain.

Taking great care of guests will be the focus, and the hotel will offer the best service on Svalbard. The hotel previously had Svalbard’s best restaurant but is now also aiming to be Svalbard’s best hotel. Funken Lodge has panoramic views of Longyearbyen, Svalbard’s largest city, so in the hotel’s restaurant you will not only enjoy good food and drinks (from the hotel’s unique wine cellar) but also get to see an incredible view. 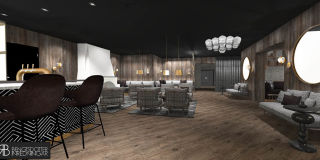 The hotel’s cosy gathering point where you can sit down and warm yourself by the open fireplace.

Read more about Funken Lodge in the press release here.

Don’t miss our THREE new hotels in Linköping. Read more about them here.

Check out our new hotel in Bodø