Exactly ten months ago we were on a plane from Oslo to Bangkok, the first stop for travellers to Phnom Penh. There were six of us from Nordic Choice and two representatives from UNICEF Norway – all with mixed feelings. We didn’t know what would be waiting for us, but had a strong suspicion that this trip would involve sorrow, as well as joy.

But before we start on our journey eastwards we have to rewind a little, because our story starts around four years earlier. In 2012, Nordic Choice Hotels’ headquarters in Oslo sent out a questionnaire to the 10,000 employees who worked at the company at that time, all across the Nordic region. The survey asked:

Which of UNICEF’s causes is most important to you? 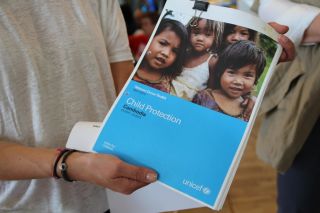 A number of alternatives were listed below the question – all relating to challenges faced by children across the world. Many of these seem remote to us at home in Norway, such as incorrect nutrition and malnutrition, a lack of clean water, no access to schooling, the threat of HIV and AIDS. And finally – a lack of protection from violence and abuse, with particular focus on measures to prevent the human trafficking of children.

Perhaps it was the thundering resonance of injustice that influenced the choice, or perhaps it was an admission of being a participant in an industry – tourism – that indirectly contributes to the problem of human trafficking. Or perhaps it was sympathy for those who are betrayed by those closest to them. Regardless, the response was crystal clear: the people of Nordic Choice wanted to contribute to UNICEF’s fight against the human trafficking of children. 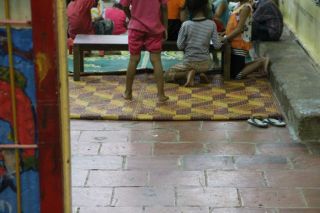 We’ll continue our story next week.

Are you sure you want to change language?

Please note that if you have initiated a booking or logged in to My page, you will have to start over.