5 Restaurants in Stockholm with Michelin stars

For most of us, a visit to a Michelin-starred restaurant might not qualify as something you do on a regular basis. Although it’s a sign of prestige it’s not a place but for a lucky few. However, with the explosion and development of the food industry and fine dining, in particular, visiting a Michelin-star restaurant is nowadays something many can experience and enjoy. If you happen to visit Stockholm and crave some indulgence, here is a selection of the very best of Michelin stars in the Swedish capital.

This small but very exquisite restaurant is owned and run by Björn Frantzén since 2013. Before that, it was called Frantzén/Lindeberg and opened up in 2008. In 2009 they received their first Michelin-star and has since then been ranked one of Sweden’s, and the world’s, best restaurants. The restaurant only takes up to 19 guests and the style is undoubtedly Nordic and luxurious. The dishes are small but expect well-balanced beautiful masterpieces. At Frantzén you don’t only get the satisfaction of flavour, your other senses will be satisfied as well. 2018 Frantén received it’s first three-star restaurant when Frantzén was awarded the highest rating. 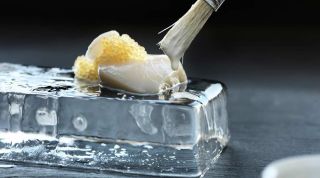 Mathias Dahlgren, who runs Matbaren is an awarded Swedish chef who started his food journey earlier on in life. At the mere age of 4 years old, he baked his very first loaf of bread with his mother and grandmother. The smell and taste of that bread sparked a feeling in him that may very well be the reason for his choice of career. Mathias is known for his love of fresh and local ingredients so when he composes his menus, he always starts with the produce – if it isn’t top-notch quality, it’s just won’t fit. Not only does he always try to maximize the use of an ingredient to make sure he uses it to its full potential, the type of product he chooses always follows the season. So if it’s not shrimp season, don’t expect to find any shrimp on your plate. His food philosophy is all about the evolution of food and he embraces the changes that time and place brings with it.

Michelin Guide, (2 stars): This former boathouse is situated right by the water. Enjoy beautifully composed Nordic dishes with rich yet carefully balanced flavours. All the food is closely linked to nature and the seasons.

Head out to Djurgården in central Stockholm for a slice of culinary heaven. You’ll find Oaxen Krog and the Oaxen Slip bistro on the Beckholmsbron bridge. This stunning restaurant, reminiscent of an old grinding shed, opened in 2013 after a full-scale renovation of a former shipyard, boasting the best location on the quayside! Oaxen dates back much further than that though! It was in 1994 that restaurateurs Magnus Ek and Agneta Green opened the restaurant for the first time, then on the island of Oaxen in the Stockholm archipelago. From 1994 until 2011, Oaxen was voted Sweden’s best restaurant several times by the Swedish White Guide. Oaxen received its first Michelin star in 2014, only to receive yet another star just one year later. 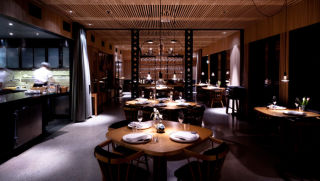 The menu is inspired by the seasons and nature, while quality, flavour and sustainability are the cornerstones of the restaurant’s philosophy. The ingredients are locally sourced, but also come from more remote corners of the Nordics. The result is a wonderful range of well-designed dishes that certainly claim their rightful place in the “New Nordic” kitchen. The Michelin Guide has also noted that the wine list is exceptional. 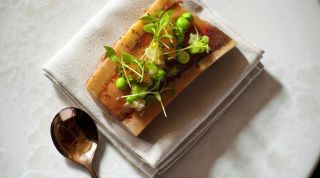 **Michelin Guide, 1 star: **“__Relaxed brasserie where dishes are cooked in a wood-burning oven, over a fire-pit or smoked through a chimney – the woods used range from apple to rowan berry. Choose from the day’s 4 and 6-course menus; dishes are given their finishing touches at the slate bar. Service is friendly and professional.”

This place has an extraordinary twist: they only cook their food over open fire. For a fine dining restaurant that is really something else. Ekstedt was opened by Niklas Ekstedt in 2011 and received a Michelin star in 2013. The produce is mainly Swedish and they will adapt accordingly to the season and to what is available at the moment. The restaurant is warm from the fires in the kitchen and you can easily see what’s going on in there from the comfort of your table.  If you’re up for a different experience and high-quality food, this is something you should definitely try. 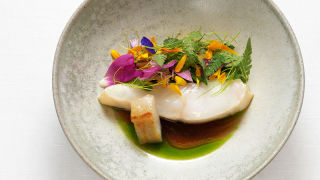 **Michelin Guide, 2 stars: **“Intimate restaurant owned and run by two accomplished Swedish chefs; one from the south, one from the north. The emphasis is on top quality Swedish ingredients with minimal accompaniments. The evening’s menu is based on the best possible ingredients available that particular day, what their suppliers can offer and the skills and craftsmanship performed in the kitchen – a constantly evolving menu__.”

The owners Jacob Holmström and Anton Bjuhr run Gastrologik with one principle in mind: the availability of fresh products decides what’s on the menu at the restaurant. They work closely together with producers to make sure every single ingredient is perfect. The restaurant offers one set menu with, if wished, selected beverages. The interior is minimalistic decorated but yet modern, welcoming and tasteful.

Is your mouth watering yet?

These are just a few of our picks for a delicious tour around Stockholm to satisfy every taste bud imaginable. For first timers to Stockholm, be sure to also check out these Swedish classics. For the ultimate foodies who have been dreaming about Noma, take a day trip to Copenhagen and try one of these top Noma alternatives. To complement your food experiences with a great stay in Stockholm, take a look at these wonderful offers we have available at the moment.

10 restaurants in Oslo you mustn’t miss!