Eating out at the best rated restaurant in the world can be the most exhilarating experience of your life and your taste buds. What happens when you crave for more? It might be that you’ve already been to Noma, perhaps you can’t get a reservation or just can’t afford it – then this list is just for you. Get your taste buds ready, here is a guide to some of Copenhagen’s best alternatives to Noma, some of which are staffed by ex-Noma chefs themselves. And it goes without saying, to avoid disappointment, remember to make reservations!

Former chef at Noma, american Matthew Orlando is the owner and chef at Amass. They describe the dining experience in one word: spontaneity. Located in the industrial area of Refshaleøen in Copenhagen, the restaurant has an edgy yet beautiful personality. Expect the vegetables and herbs on your plate to come straight from their private garden out back. If you do choose to eat here, expect some really delicious gourmet food as the restaurant is consistently ranked as one of Copenhagen’s top restaurants. 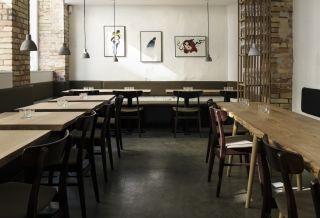 Relæ is located in the Nørrebro area of Copenhagen and challenges the traditional ideas of a restaurant by serving dishes that they consider to be boundary-pushing and experimental. Don’t be surprised if you can’t find a menu on their website because they have decidedly chosen not to reveal the daily menu on purpose to create an element of surprise. The restaurant has one Michelin star and was ranked number 56 on the the 2013 list of the World’s Best Restaurants. Try this place if you want a creative kitchen that’s not held back by traditional ideas of what a Michelin-star restaurant should be like. They challenge people’s preconceptions of gourmet food and they’re in it for the pure love for food.

Chefs Samuel Nutter and Victor Wågman have both previously worked as sous chefs at the world-renowned Michelin-star restaurant Noma in Copenhagen. Since then, they have joined forces to open a restaurant of their own – Bror (which means “brother” in Danish) that focuses on simple and good food with the best seasonal ingredients from Northern Europe. The restaurant focuses mainly on the Nordic cuisine with a style that is between comfort and innovation. Like Relae, the menu is not available online and you can order from a set menu or a la carte. The restaurant holds 46 seats, so be sure to book a table in advance! 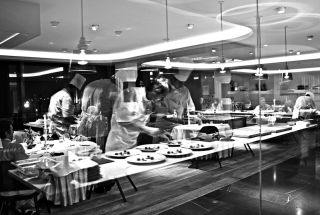 Geranium was ranked the 42nd Best Restaurant in the World in 2014 by Fine Dining Lovers, and is run by the world’s best chef in 2011 Rasmus Kofoed. With his gold medal win at the 2011 competition, Rasmus Kofoed is one of the most awarded chefs at the world cooking contest Bocuse D’ore. If the world’s cooking competition thinks he’s one of the best, we do too! Geranium strives to present food that involve all senses. The vision is to serve food with gastronomic clarity and diversity. In 2014, Geranium was awarded two Michelin stars by Michelin Guide Rouge. 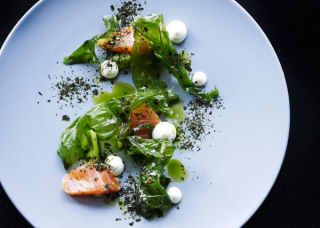 If you like organic and Nordic food this is definitely worth a visit. Claus Meyer, leading force behind the New Nordic Cuisine Movement and co-founder of Noma, opened Restaurant Radio together with two younger chef colleagues in Copenhagen. In the year before opening RADIO, they hired two gardeners and planted two hectares of vegetables in fields just outside of Copenhagen, which have only been used for organic farming over the past 20 years.

If we had to categorize, this is a fish restaurant. But if we are creatively descriptive, it is in fact a modern style seafood bar. The dishes come out fresh, healthy and delicious with careful though to presentation and style. Besides quality seafood, Fiskebaren always looking for good local ingredients to complement their dishes. You can eat at the bar, relax in the sofas, or dine at tables at this trendy spot in Copenhagen’s Kødbyen. If the weather permits, you can eat outside in the loveliest evening sun. 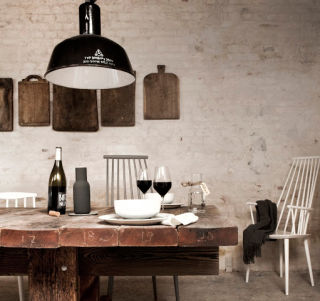 Despite having what seems like very little real interior decoration, restaurant Höst has already taken home three international design awards, including the award for World’s Best Designed Restaurant at the Restaurant & Bar Design Awards. As part of Cofoco, an extremely popular eatery that stands for COpenhagen FOod COnsulting, Höst is quickly becoming a top contender in bringing Scandinavian soul and simplicity into its food and obviously, decor. Cofoco restaurants have an emphasis on simple and convenient, but with quality. Other restaurants in the group include Restaurant Cofoco, Vespa, Spuntino, Scarpetta Rantzausgade, Scarpetta Islands Brygge, Oysters & Grill, Les Trois Cochons and Llama.

Pony is the baby brother of one of the most successful gourmet restaurants from Bornholm (who have recently opened up a location in Copenhagen), Kadeau. When Kadeau moved to bigger premises the old venue at Vesterbrogade wasn’t left for sale. It was kept and remade into a new concept that meant offering fine dining experiences with a more simple approach. New name, new game! The new easier approach does not mean compromising any of the taste, it’s still really good food based on seasonal and local produce. Every day they serve a set menu of four dishes called “The Pony Kick”. Now that we mentioned it, you can’t miss out on a culinary food experience with big brother Kadeau!

Marv & Ben (which means Marrow & Bone) focuses on Danish cuisine and is located in the beautiful medieval cobblestone street of Snaregade. As they get their ingredients from their own garden at Hanebjerggård in Nordsjælland, the menu varies with the season to make sure only the freshest ingredients are used. Put simply, the food served here is down to earth and unpretentious.  Added bonus: when it comes to organic and biodynamic wines, they know their stuff.