Why nature is NOT the only reason to visit Norway

There is no question that Norway is one of the most beautiful countries in the world, filled with fjords, mountains and breathtaking landscapes. So it is understandable that many might think that Norway is only about nature. Well, what if we told you, it’s much more than that? We’ve done our homework and present to you 9 very good reasons to visit Norway, once you’ve already had your fill of the fjords.

Bryggen is located in the older more historic part (dating back to the Hanseatic period) of the city of Bergen. During the middle ages this harbour was an important place for trade by sea. Today, it is home to many local restaurants, hotels and handful of modern boutiques making it one of Norway’s most visited tourist venues. With a rich history in Norwegian roots, Bryggen’s 13 properties and 61 listed colourful wooden buildings are protected as part of Unesco’s World Heritage list. So be prepared to be amazed. 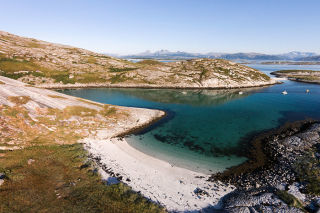 If you are more likely to go on your own adventures than stay in one city, then rent a car (an eco-friendly one of course) and drive along the coastal route Kystriksveien (also known as County Road 17). It’s not as long as USA’s famous Route 66, but at 650 km this long stretch of road has a lot of interesting pit stops along the way (like taking a hike along the fortress of Grønsvik). If you think about venturing the whole way, be prepared to budget for six ferry crossings one way! We know we said it wasn’t all about nature but you’re going to have to see some of it during this trip.

Medieval wooden Christianchurch buildings called stave churches are a very common sight in all over southern and central Norway. From the single nave church, the long church to the center post church – the various constructions make for a variety of stave churches that can appear larger and monumental or small and cute. What’s interesting about the stave churches is that they are surrounded by a lot of mystique, and associations with trolls and other mythical creatures. We are fairly convinced that they look like they have come to this world straight from your childhood fairy tales. If you must see one, our tip is to visit one of the largest and most spectacular one – the Heddal Stave Church, a Norwegian Cultural Heritage site. If you are staying in Oslo, it makes for a great day trip adventure. 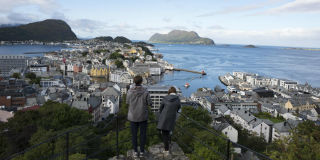 Ålesund is the city that was built in wood but as history writes, was subsequently burned to the ground in 1904 and had to be fully rebuilt. Much of its current day charm can actually be attributed to this fire. Rebuilt by young Norwegian architects who had been trained in Germany has given the new city strong influences of the rich Jugendstil (Art Nouveau) architecture. More of a foodie? Head to the annual Norway Food Festival also happens here every year in August and stay right in the heart of Ålesund.

Located in the northern part of Norway is Tromsø, the seventh largest city in Norway by size. At just 350 kilometres north of the Arctic Circle, the city is warmer than most other places located on the same latitude, largely in part due to the warming effect of the Gulf Stream. While you might not guess it, the city of 70,000 welcomes a large number of university students as well as many festivals especially during the summer (with sun all day long); making it a cultural centre of the north. 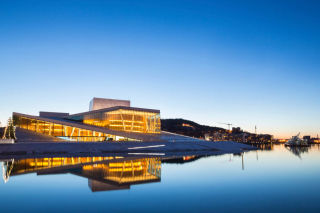 The beautiful Opera house in Oslo.

Well, this is an obvious pick but still worth its spot on this list. It’s full of cultural and art activities (check out our 48-hour Oslo Art Tour), popular shopping districts, food from every corner of the world and many hot clubs and bars where you can shake it like a polaroid picture (thanks Outkast for the very fitting analogy). With landmarks like the Oslo Opera House and Holmenkollen against a mountainous backdrop of nature, there is no reason to visit this city, at least if you this is where your plane lands first.

Located halfway up Norway towards Tromsø is the city of Røros, which is sometimes referred to as Bergstaden, also known as ”the mining town” because if its historic roots in copper mining. With buildings that are reminiscent of the 17th and 18th century, the city has earned itself as part of the UNESCO World Heritage site in 1980, to preserve its 80 medieval wooden houses. From bike trips, to beaver safaris, food safaris or a trip to the National Park Village Vingelen – Røros makes for a perfect day trip to explore central Norway. For more information on things to do, visit Røros’ website.

Skudeneshavn is a small but charming town on the southern tip of Karmøy, with a proud maritime history and population of no more than 5,000 inhabitants. Like many other cities located by the coast, it’s known as a sailing ship town bordered by beautiful old white wooden houses and buildings. In fact, there are still more than 200 wooden buildings intact dating back to the 1850s with careful care and restoration by their owners. Want to take a peek? Have a look at the marina in real time via their web camera here.

If you’re up for breaking a world record then this is your chance! Or at least passing through one. The Lærdal Tunnel (or “Lærdalstunnelen” in Norwegian) is the longest tunnel in the world. It extends 24.5 km between the cities of Laerdal and Aurland in western Norway, and took five years to build. It was finished only in 2000. But be prepared to stream your music from your phone, the tunnel takes 20 minutes to drive through and radio is not likely to work! But fear not, when you are inside the tunnel pay close attention to the special design features including “mountain cave” lighting to make you believe you are driving into daylight. This tunnel is so extraordinary, one couple had their wedding ceremony in it. And don’t worry, it was perfectly safe because the Lærdal Tunnel boasts high air quality from having its own air treatment plant.

There you have it! Norway with a twist. Now that you’re not completely off the grid in the mountains somewhere here are some options to stay local in Norway.