Although we’re all hoping for some heat this summer, there are always going to be some rainy days too. If you’re spending a weekend in Stockholm and the weather’s not playing along, then don’t despair, we have lots of tips! There are plenty of relaxing and adventurous things to do in this capital city! You can walk among butterflies, solve mysteries while locked in a room or enjoy a great movie at the cinema. Read on for our top five tips! 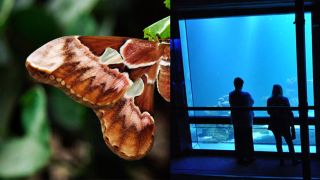 Other than the colourful butterflies going about their daily lives, you’ll also find the largest shark aquarium in the Nordics here: Haga Ocean

Enjoy a tropical adventure right here in the city 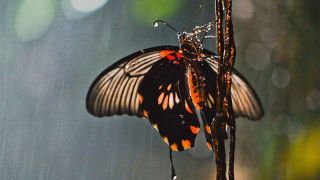 The Butterfly House is open all the year round, except on bank holidays.

Where? Haga Trädgård, Haga Park
Getting here: Take the metro to Odenplan and then buss 515 to Haga Norra.

Come to the Butterfly House and experience a whole day exploring carp dams and caterpillar cocoons. Marvel at the magnificent flora and fauna on display here and transport your mind to far-flung places! The temperature never falls below 25°C, so you’re basically guaranteed a tropical holiday during your visit to Stockholm.

These lush surroundings are home to a wide range of creatures, both large and small, notably the 700 different kinds of butterfly. You will be able to see them at all stages of life, from cocoon to fully grown butterfly.

Other than the colourful butterflies going about their daily lives, you’ll also find the largest shark aquarium in the Nordics here. Haga Ocean is home to both blacktip reef sharks and sandbar sharks, as well as coral reef fish. There’s also plenty of information available on the amazing great white shark!

It’s really easy to get here. Just take the metro (green line) to Odenplan, change to bus 515 and get off at Haga Norra. From there, simply follow the signs! 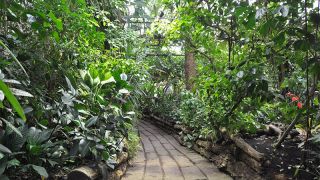 Take a walk through a rainforest, right here in Stockholm. 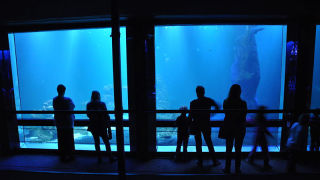 Marvel at sharks and coral reef fish in the large ocean aquarium. 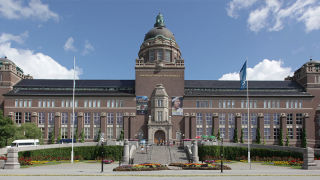 Forget time at the Swedish Museum of Natural History.

Where? Frescativägen 40
Getting here: Take the metro (red line) to Universitet

Come out to Stockholm University’s campus area to explore some truly amazing collections at the Swedish Museum of Natural History! This stunning building, covering a massive 20,000 sqm, was built in 1916 to house nature’s wondrous objects that will transport you back in time and beyond the realms of reality! Think sea creatures, sable-tooth tigers and gigantic dinosaurs!

This is the ideal place to come when it’s pouring down with rain, as it just adds to the excitement. Wander through the dark rooms and find one treasure after another. Follow the evolution of human beings a million years back in time, take a look inside a huge whale skeleton and more! All that is certain is that this is a place like no other – and it never ceases to amaze!

You can easily get here by public transport – take the metro (red line) to Universitet and then it’s just a short walk to the museum. 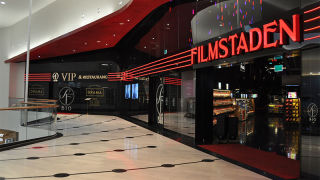 Where? Stjärntorget 2
Getting here: Take the metro (blue line) to Solna Centrum or the commuter train to Solna station

You’ll find Sweden’s only IMAX theatre at Mall of Scandinavia. With its many seats and specially configured sound system, IMAX is a popular cinema concept all over the world – and it has now finally reached Sweden! Enjoy premieres of films such as Star Wars: VII The Force Awakens in enormous theatres with 500 seats, all designed for truly unforgettable experiences!

The cinema is right next to the mall where you’ll find a great range of bars, restaurants, cafés and activities – ideal both before and after a movie! The mall is open every day from 10am – 9pm. 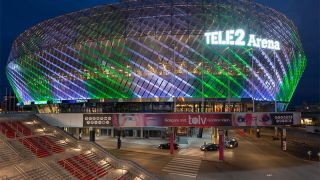 The Tolv Stockholm amusement park is located underneath the Tele2 Arena.

Where? Tele 2 Arena
Getting here: Take the metro (green line) to Globen

No sun? No worries! There are plenty of night-time activities that don’t involve drinking and dancing. Just head to the Tolv Stockholm amusement park, located under the Tele2 Arena.

Choose between minigolf, bowling, minicurling, shuffleboard, ski and racing simulators, karaoke and baseball – just keep going all night long! When you’re in need of a break, you’ll find a good selection of restaurants nearby. And after that perhaps you fancy busting some moves at the Colosseum night club? Or perhaps you just want to have another go in the amusement park?

Escape the rain in the Escape Room! 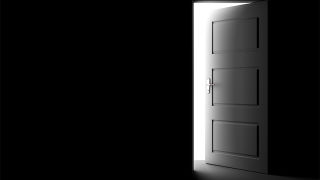 As the name suggests, this adventure game is about solving various puzzles to get out of a room. This really challenges your mind and your teamwork skills. Move on, step by step, and use problem-solving and logic as your main tools!

The Escape Room franchise has now reached Stockholm and it is run by various different companies. Try exciting mysteries such as The Last Manuscript (Escape Stories), Zodiac Killer (Escape Room Live) and The Cell (Exit Games) – go ahead and try them all!

There are several companies in Stockholm offering various different challenges. Consult the list below to find out more!

Visiting Stockholm? Regardless of which of our hotels you choose, it’s easy for you to explore the capital’s attractions. Have a look at all our hotels in Stockholm here.

Nature reserve and shopping only minutes from Stockholm

The First-Timers Guide to Stockholm

A girls weekend in Stockholm: 2 days crammed with fun