48 hours in Gothenburg: The Geek Tour

Welcome to Gothenburg! Maybe you are planning to visit or have landed in the second largest city in Sweden, the 12th most inventive city. So what better to do than explore all the science and tech inspiration the city has to offer and go on a full on geek tour! Here are the best tips on what to do in Gothenburg to channel your inner geek!

Start in the heart of Gothenburg and head to Universeum – Scandinavia’s biggest science centre that offers seven floors and 8000m2 of science. Visit the exhibition Teknoteket. It is your opportunity to test and make new things (like shaping musical instruments out of fruit). Not into tech? Visit the rainforests, aquariums and all the animal life that is rich, wild and exotic. Feast your eyes on the caimans, monkeys and toxic frogs! Universeum also has one of the world’s largest water circulation systems with tanks that contain three million litres of water! Do we even have to mention that they have sharks? But you’ve probably already figured that out haven’t you? 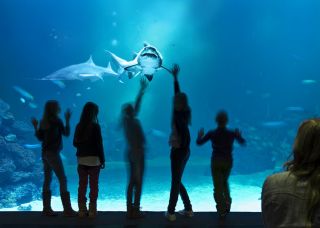 For the architecture geek, Gothenburg has many interesting buildings you should take a closer look at. Röda Sten Konsthall (Red Stone Art Gallery) is one of them. This is an old boiler house turned into an art gallery, perfect for exploring your creative side (also plenty of activities for the kids). If not for the art of the historical building, take a step outside and enjoy the view of one of Gothenburg’s big bridges, Älsvborg Bridge.

Close to Röda Sten Konsthall you’ll find Majorna, a city district well known for it’s particular architectural style. This used to be a working class area and is full of county governor’s houses (known as “Landshövdingehus” in Swedish) that feature distinct design characteristics unique to Gothenburg. How will you recognize these buildings? They are mostly two storeys high with the first floor built in stone and another two floors made of wood to prevent them from burning down in case of a fire.

If you feel like having a fresh treat while admiring the architecture you should continue on to Feskekôrka, a special fish church that holds an indoor fish market and seafood restaurants. The “church” got its name because of its similarity to a gothic church, but really isn’t one. Opened in 1874, Feskekôrka has found itself on many “must-see” lists, both for the residents of Gothenburg as well as tourists.

If you’re interested in military affairs you probably don’t want to miss out on Skansen Kronan. This old defence construction is situated in the middle of the city district of Haga (which itself has it’s fair share of picturesque early century wooden houses and cafes). Skansen Kronan was introduced in 1698, equipped with 23 cannons. The cannons were never used in combat and Skansen Kronan was disarmed in 1806. Since then it has been used as a prison, emergency accommodation, military museum but now it is a private facility used for conferences and parties. 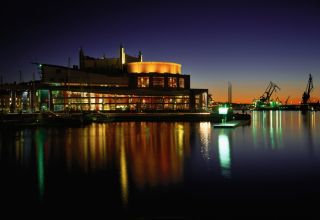 If you’d rather compliment your geek tour with sounds of music, head to the Gothenburg Opera. Finished in 1994 the building is strikingly beautiful, inspired by the surroundings and the world of classic opera. Architect Jan Izikowitz is a local from Gothenburg and according to the website you can recognise inspiration from the Gothenburg harbour including “silhouettes of ships, hulls, wind-filled sails, bridges and harbour cranes can be seen in the architecture of the building.” 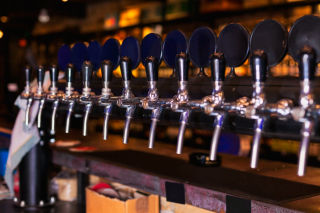 Enjoy local beer at one of Gothenburgs many beer bars.

End your long inspiring geek adventures by discovering the local specialty brews, a big feature attraction in Gothenburg. Ölstugan (The Beer Cabin) has three locations in the city with a fourth on the way. The beer menu changes to fit the brewery supplies. That means that there’s a good chance of getting something local and exciting in your glass when visiting this place.

More interested in the local drinking hotspot? 3 Små Rum (3 Small Rooms) is a jazzy bar that distinguishes itself by sticking to what they know best – selecting and serving the best quality beers and focusing on locality. You won’t find any mainstream beer here nor any screens broadcasting sport events. This is a place for enjoying a good beer and conversations.

Last but not least we have Ölrepubliken (The Beer Republic), a fanatic beer lovers’ paradise. Here, they take their beer seriously. Local favourites and global imports are served. If you’re in luck you might just drop by when there’s an open beer tasting. You can of course book your own tasting as well.

If you would like to take ”ultimate” Geek Tour, we have compiled all of the sights in one map:

When you’re all geeked out, you are more than welcome to eat, rest and stay at one of our hotels in Gothenburg.

5 tips for families spending a weekend in Gothenburg!

Top shopping districts in Sweden and where to stay

The Dos and Don'ts of a Nordic Autumn Break